The game, nowadays, known as Blackjack originated in Spain in the late medieval period and was initially called 21, or better in Spanish “Twenty-and-one”. However, its consecration dates back to the mid-1800s, when it became one of the great classics present in every gambling house.

Of all casino games, Blackjack is considered the most skill oriented . If you play following logical mathematical concepts (by consulting the tables that we will publish in the strategic section) you can get a payout close to 100 (unthinkable for other casino games).

With certain strategies (for example with card counting which is permitted by law but not tolerated by gambling halls), you can have an edge against the dealer.

Playing with discipline increases the returns of the gaming experience

Dario De Toffoli , one of the best known scholars and authors in Italy on casino games and poker, defined blackjack as the “most honest” game of all games: “the BJ can reach a yield even above 99.5 % … if played correctly (but in general Italian players do not follow logic and mathematics) “.

What we want to explain to you (we will do it gradually in our section dedicated to strategy) is how to play the game of blackjack correctly, minimizing the house edge and, in some (very rare) cases, you can reach the aim to have a mathematical advantage in the game. 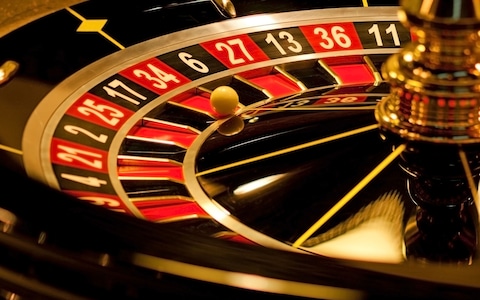 Among the online roulette systems, the simplest to apply is the Martingale. It consists in using a simple geometric progression to your bets and does not require any particular mathematical or mnemonic skills.

The Martingale System is used for outside bets, i.e., those on Manque (low numbers, from 1 to 18) or Passe (high numbers, from 19 to 36); red or black; even or odd. Here, the probability of winning is just under 50%, due to the presence of zero, which keeps the dealer in an advantageous position.

The Risks of the Martingale

More experienced players do not use the Martingale System, as it is not free from fallibility. This method would be perfect if you could play indefinitely, but there are some limitations to this possibility. First of all, the player’s bankroll is in danger of running out before winning. Furthermore, there is a risk of exceeding the limit imposed by the table and not recovering what has been played up to that moment. Either way, it would end in a major defeat and loss. Just think that with the Martingale roulette system, starting with 1 chip, after only 10 hands, the system requires you to bet 1024 chips!

Another of the best-known roulette strategies is the Paroli system, which, unlike the first, requires you to progress in betting not after a defeat, but after a win. Thus, the player has the impression of investing only a small amount of capital at the beginning of the game and then using the Bank’s money for subsequent bets. Paroli can also be used for internal bets, although it is preferable to start testing it with external bets.

How the Paroli System Works

You start by choosing the combination to bet on and the relative sum; in the event of a loss, the stake is kept unchanged in all respects; in the event of a win, the winnings plus the first bet (progression) will be repaid. In the long run, the winnings (progressively increasing) will compensate for the losses (rather relative, because they are either small or derived from money just won against the Banco).

Another method to win at online roulette is the d’Alembert system, also developed specifically for outside bets. For example, you start by betting a chip on a particular combination of numbers or colors (and the combination must remain the same for as long as it is played). In case of victory, one unit will reduce the bet (except the hands that precede the first defeat, in which case, it will continue with only one chip); in case of defeat, the bet will be increased by one unit. We continue in this way until we return to betting only one chip: at this point, we will have obtained a profit of one unit for each hand won.

From what we have seen so far, it is clear that there is no 100% sure way to know how to win at online roulette: the best thing to do is to maximize your winnings and minimize your losses. On the other hand, statistics is an exact science! Among the online roulette systems, you will have to choose the one you prefer, of course. Still, above all, you will have to maintain the management of your bankroll, adopting a responsible gaming attitude. It will be necessary to decide and respect the maximum amount and the maximum number of progressions.

Welcome to the most comprehensive casino blog portal with an editorial staff that will publish all the news, events, promotions of the new Online Casinos…Read more

Any cookies that may not be particularly necessary for the website to function and is used specifically to collect user personal data via analytics, ads, other embedded contents are termed as non-necessary cookies. It is mandatory to procure user consent prior to running these cookies on your website.